Faith Chipangura hails from Mgewu, Embakwe, a small village just outside Plumtree, Zimbabwe. She is an author, publisher, coach, speaker, mentor and award-winning social entrepreneur. She is the founder of Phoenix Publishing, a publishing house in Harare, and Woman to Woman, a social enterprise that advocates for women empowerment through focusing on the Sustainable Development Goals (SDGs) 1 (no poverty), 3 (good health and well-being), 5 (gender equality) and 10 (reduced inequalities) to drive change in society.

Faith’s journey to the successful woman she is today included some devastating lows she never anticipated, From surviving an abusive marriage to starting over again with nothing, Faith’s story reassures us that beauty can come from ashes. This is her story.

Tell us about your background.

I was raised in a large family on my maternal side of the family after my parents’ divorce. We did not have a silver spoon in our mouths, but we had love, laughter and each other. My grandparents, aunties and uncles raised us collectively, and we were taught love, respect, and kindness towards each other and for each other.

Hard work was encouraged, and the community being poverty-stricken, we were encouraged to strive beyond our average because that was the only way out.

Tell us about your marriage. Did you notice any red flags?

We moved too fast, and that was the first red flag. But I was young, and not knowing better, I thought that’s how it worked. We did not have much, but we managed.

Faith told TWSC that they moved in together a month after meeting each other. He was a divorced father of two kids, and when she moved in with him, she automatically assumed the role of a stepmother at 21. They were complete strangers and jumped a lot of phases, going head first into something she knew nothing about.

How were the first days, weeks and months as a wife?

I was not only a wife; I became a stepmother to two kids and a daughter-in-law in a completely different culture, and I was navigating the new role with customs, language and other things. That was tough and scary. It came with a lot of responsibilities, restrictions and new rules.

Previously I had desires to pursue modelling, but upon moving in together, I was discouraged from that. I dropped out of university because we could not afford my fees. One night we slept on porridge because we had no money or plan to put food on the table.

Socially, financially, emotionally and mentally I had to adjust quickly. That adjustment altered my life, both negatively and positively. It scared me. I numbed the fear and comforted myself with the fact that I had a husband and home. What mattered most was if he was fine.

When did the abuse begin?

At first it was rosy. Then reality settled, and there was adjustment to what’s on the ground. Eventually, the narcissistic tendencies started. Gaslighting and emotional/verbal abuse became the norm.

With time, I started to change from the soft, kind person to the different side of the coin. The retaliation caused a ripple effect and changes in my personality. With time, I met fire with fire. Eventually, I couldn’t recognize the [person] I married or myself.

Faith shared that her ex-husband physically assaulted her two days before Mother’s Day in 2014. Then, on Mother’s Day, he brought her chocolate and apologized.

I didn’t know what to do about that, but all I knew was my mind was made up. I was walking away from everything.

How did you finally leave the marriage? What challenges did you face? Who was your support system?

After the Mother’s Day assault, I resolved in my heart that that was it. I did not need a reminder of that. I was in a toxic marriage and dysfunctional relationship with my ex-husband. We had to go our separate ways, and if he was not going to do it, I decided to take one for the team, and I walked out with nothing but my son.

Broken-hearted, bitter and lost, I walked into an unknown future – a future which was uncertain. I had let marriage become a huge part of my identity, and I was not sure what would be next, but I walked away anyway.

I faced different challenges in the form of judgement. Seclusion and discrimination whereby I had to fit into a bracket of sorts. I had no job. I had no qualification. I had nothing, I was starting from scratch, and it was difficult. Most of my family members were for [the idea] that I should go back and hold mine down because apparently marriage has that phase, but I refused. That earned me new critics. But well, I had to pave my path and develop thick skin.

My mum was my biggest support system. She held me down, encouraged me and believed in my wildest dreams. She held my hand and till this day continues to do so.

My biggest achievement has been being healthy emotionally, physically and mentally. That has enabled me to get through the most challenges as all I do relies on that. Starting a women’s organization that focuses on social development and catering to needs that address the UN SDGs 1, 3, 5 and 10 has been fulfilling.

Giving back is the biggest way I know to contribute to my community, and my organization Woman to Woman has enabled me to do that. Through my writing as well, I have managed to send empowering messages to women especially and encourage them to go through life with hope and belief that everything is possible.

I have no regrets really, but if anything, it would be the fact that I started my work late and that I didn’t believe in myself enough.

Connect with Faith on: 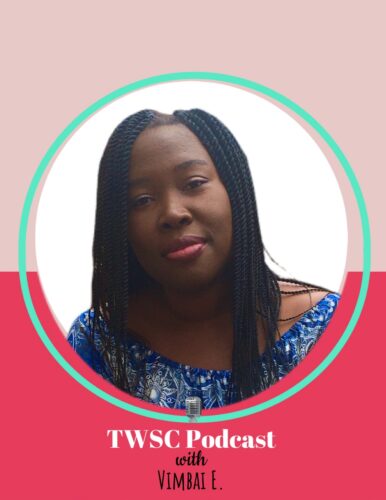